Recently I’ve been working very hard on lore and the world. As mentioned in a previous update, I’ve been putting together something of a D&D campaign based in CS’s universe. As the players have been choosing characters, writing backstories, and asking questions, it’s resulted in a lot of world-development. Which is the whole point, but I’m very happy with the progress so far.

All races have been developed further, but Boven have gotten a lot of attention in particular. This has forced me to think in greater detail about their social dynamic. They live mostly in isolation in the mountains, pursuing lives of meditation, philosophy, poetry, and martial arts. Boven society is a collection of families, arranged in a organic heirarchy. The Bullyan family rests at the top, and has done for some time. A family’s standing in the community is based heavily on their daughters – well-endowed producers of milk, named Ambrosials.

A family with an endowed daughter is capable of earning more wealth in the sale or trade of her milk. Sociopolitical gains are to be had by marrying her to a favourable family. A hefty dowry is paid for the daughter, and while her milk still belongs to her family, any children she has are part of her married family.

This puts a lot of pressure on newlywed Ambrosials to breed, both to produce more daughters and because pregnant Boven are even better producers. However, life as an Ambrosial is one of luxury and borderline worship. In a specially-built palatial lounge called The Font, they are fed the finest foods, able to relax in opulence, indulge in sapphic activities if they so choose, and are catered to constantly by Attendants – retired Ambrosials now honour-bound to care for the next generation, which includes their own. They are also taught well, educated in language, poetry, and the arts. Unwed Ambrosials of 25 or older also serve as concubines, while all often serve bellydancers, at social gatherings and events.

This has given me plenty of ideas for characters and subplots. Bottsu Bullyan, the leading Bull, happens to have the most prestigious Ambrosial daughter, but many are aware that she looks rather unlike her mother. The player that chose to play an Ambrosial boven is playing a runaway, which will create lots of interesting drama concerning her now rather dishonoured family. She may well be a character that makes it into CS.

That aside, here’s some character and concept art from the past couple weeks, featuring some loose concepts for Fauns and Satyrs and an angrogynous half-elf whom I’ve yet to name. Dick/Boob variations on the Patreon once again, as thanks to our higher tier backers. 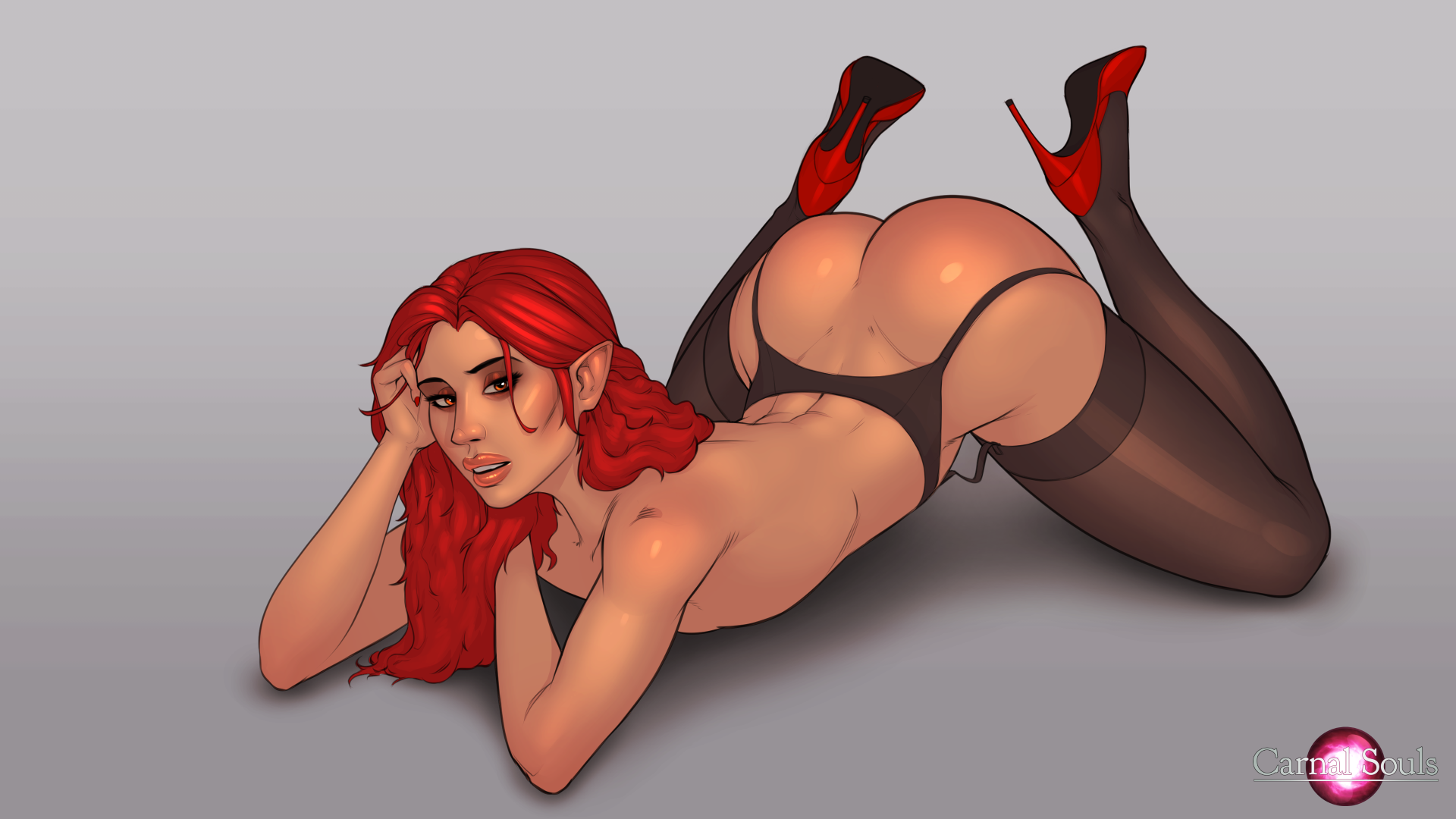